A Chance Meeting Leads to Enriched Education in Bulgaria

One afternoon ten years ago at a conference in Glasgow Scotland, a lone man sat on a park bench to eat his lunch under the warm sun.

Sitting next to him was a petite woman with dark hair, olive skin, and a desire to help kids. They struck up a conversation, a conversation that would take ten years to complete and had the potential to impact an entire nation of marginalized kids 8,000 kilometres from the heart of Career Trek.

On that sunny day in Scotland, Darrell Cole and Iva Boneva discussed inclusive education and Career Trek and helped to fertilize the seed that would one day grow into Career Trek’s Bulgarian cousin: The Centre for Inclusive Education.

“Iva told me about some of the challenges facing the education system in Bulgaria,” says Darrell Cole, Career Trek CEO.  “This led to a lively brainstorming session.”

“I was really impressed when he was telling me about Career Trek and what he does, and immediately I recognized the potential it can have on children in Bulgaria,” says Iva Boneva, Executive Director of The Centre for Inclusive Education. 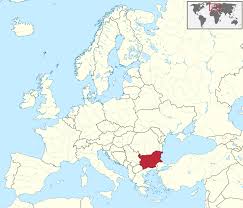 Bulgaria is trying to find solutions to the cultural and education problems bequeathed to it from the collapse of the Soviet Union in 1989.

The social norm of an idealized communist family unit made up of an able and clever father, mother, and child who were obedient to the state has had a lasting and detrimental impact on social acceptance and quality of life for those that don’t fit the mould.

The education system is still deeply segregated and is condemning many of it’s young citizens to languish undereducated and in poverty.

“Every child that was different from the mainstream would be hidden away,” says Boneva.  “They were the shame of society these kids, so they were hidden away.” 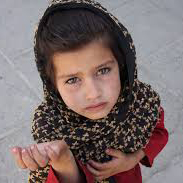 According to Boneva, in 2009, 60 per cent of teachers didn’t even know what inclusive education was.  In a more recent national survey, fully 57 per cent of respondents didn’t want or weren’t sure they wanted their kids to share a classroom with a child with learning difficulties.

“Basically we are trying to change the attitudes and perceptions of Bulgarian Society,” says Boneva.  “Every child should be accepted and valued in school.”

To date, the Centre for Inclusive Education has focused on working with adults.  As much as they would like to work with children, they believed that the best strategy to improve the education experiences of kids is to change the way adults work with them.

That policy has recently changed and after three years and a lot of negotiation and drafting, the Centre for Inclusive Education secured funding from a private Dutch foundation and launched School Makes Sense: Looking Toward My Future.

Similar to its Career Trek counterparts, School Makes Sense is a program that will introduce kids to a variety of professions, have them choose one, and then study it for 10 weeks.  The goal is to keep marginalized kids in school, help them create a life plan, and broaden their horizons.

“One of our main aims is drop out prevention,” says Boneva.  “We don’t even aim to set this child on a career path.  It will be enough if the child believes that he or she can work because this is not the case now.”

According to Boneva, a lot of kids, especially in economically challenged areas, feel that school is completely useless because they don’t see the link between what they do in the class and in their reality.  They are often so excluded, both within the school system and in the outside world, that they can’t even imagine that they could access certain professions or lifestyles.

Impacts of A Chance Meeting

“I believe that people meet for a reason,” says Boneva.  “So I wrote him [Darrell] a letter the moment we signed the contract…and I thought he probably wouldn’t remember [me] at all.”

In short order, Cole had invited Boneva, and her colleague Dimitar Lazarov, to come to Winnipeg to learn what they could from Career Trek.

“It’s my hope that our guests found things here that will enrich their programming back home for the betterment of their children and society,” says Cole.

“This is very new for Bulgaria and it has a lot of opposition and was very difficult to get going,” says Boneva.  “We don’t want to fail. We want to know as many lessons learned as possible.”

After 12 days with Career Trek, Boneva and Lazarov say they have been impressed by many things.  The first one being, the culturally sensitive and respectful way that Career Trek co-creates its Children Rising program with Skownan First Nation.

“I used to work in International Development and I’m really sick of ‘developing’ other people,” says Boneva.  “This [Children Rising] is a mutually respectful way for two truths to meet respectfully, and gently, and with no push.  That is really something that impressed me.”

The fact that injecting a cultural component into education programs specific to marginalized and disaffected groups helps students feel comfortable and accepted was another.  As Career Trek programs clearly illustrate, when feelings of comfort and acceptance increase so to does student confidence, engagement, and participation in learning.

And finally, Boneva was struck by the organizational lessons that were “gracefully and generously” shared by the staff and management of Career Trek.

When asked if she found what she was looking for at Career Trek, Boneva says, “Yes, and we even found more.  We have found solutions.”

And what did Career Trek get in this exchange?

According to Cole, Iva and Dimitar’s presence here provides Career Trek with the opportunity to enrich our programming.  They were here to learn from Career Trek, but Career Trek also gained much from hearing their perspectives and questions.

“And of course anything we can do to work with others to help young people anywhere in the world is an opportunity not to be missed,” says Cole.