"Career Trek gave me a family!" 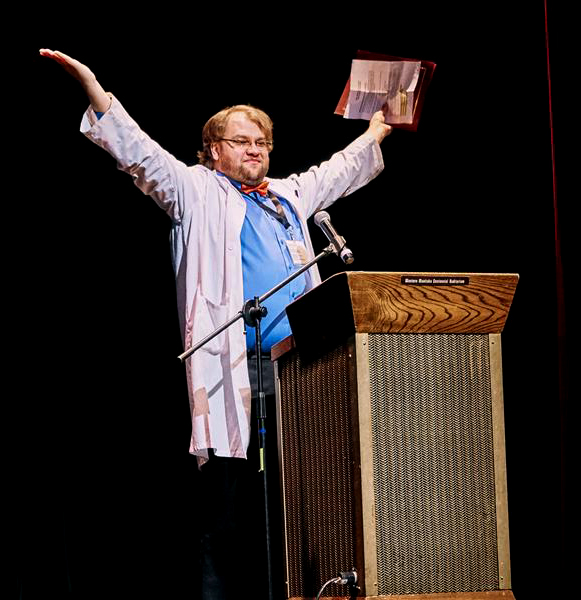 Chris was looking for employment and volunteer opportunities while studying as an undergraduate at Brandon University in 2011.  He was figuring out what he wanted his own career path to look like.

“A friend of mine heard me talking about [my job search] and said, ‘well if you want to work with kids, I have an idea.’ And she told me about how she worked with Career Trek.”

This individual put Chris in touch with her manager, and the rest is history. An awesome candidate, he was given a job on the spot, asked to fill in to substitute as a group leader at a program the following day. Chris, who has a background in the sciences, was soon offered a role as an instructor- and kept coming back!

His time with Career Trek helped Chris to realize that he wanted to pursue a career in education.

School was hard for Chris as a kid, and he wanted to do something where he could connect with young people and help them. He found he could do that at Career Trek. He decided a career in education would give him the chance to make even more of an impact.

He remembered a specific conversation he had with a Career Trek participant:

“A teacher had told them that they shouldn’t bother trying to go to post-secondary, because someone as stupid as them couldn’t make it.”

A few years later, in a practicum for his education degree, Chris encountered the same student. They were continuing to develop the confidence they were starting to find at Career Trek. Chris has supported this student in figuring out how to turn their interests and skills into a career.

Chris says Career Trek helped him find a fulfilling part-time job, a stepping stone on his career path. But Chris also credits Career Trek with something even bigger: it’s where he met the person he would end up building a life with!

“You’ve given me a family. I mean that, really. I met my wife through Career Trek. She’s currently in the living room trying to get our newborn to stop fussing and take a nap. I wouldn’t have met her if it hadn’t been for Career Trek.

“Everyone talks about how Career Trek helps the participants, but they helped me in more ways than I can imagine. They helped me find my passion and someone to share my life with.”

Lenya Wilks is the program manager for the West region. She was eager to get Chris involved in helping with this year’s modified (virtual) fall programming.

“Chris is a great example of why Career Trek does what it does. He has been the heart of the West for many years,” Lenya said.

“I am confident there are many kids who can attribute their success to Chris and other wonderful instructors.”

Career Trek has been around for 24 years, which means there are hundreds of stories like Christopher’s. We want to hear them – how did Career Trek impact your life? Maybe your story is entirely different, but we still want to hear it!

If you have a Career Trek story and you’d like to share it with us, please get in touch with Kyle Mason at [email protected].