Career Trek: Understanding the Power of Why 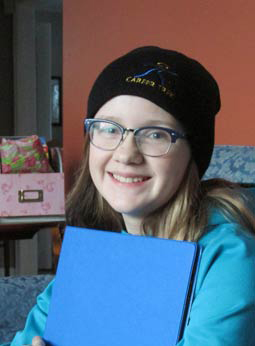 In 1996, Career Trek opened its doors, hoping its programing would remain relevant. Fast-forward 18 years, and a journal kept by 10 year-old Rachelle, clearly documents the relevance of sound career development education and programming on young minds.

Over the 20 weeks of programming Rachelle kept a journal that chronicled her experiences at post-secondary institutions in Winnipeg. More importantly, it documented her increasing engagement with her schoolwork and her ongoing dialogue with potential future occupations.

I was an outdoor fitness program planner person. I got to design a game with my family and show it off to the class. After that was Agriculture. I got to make ICE CREAM!…Then I got my wheat back, it was germinating…I went to Electrical Engineering and made a mini solar-powered oven. Sweet! When I got to Biology I got to be a doctor on my sisters…. I got to test their reflexes, see if they were colour blind, and shine a light in their eyes! Awesomest day ever.

“Prior to Career Trek she was disengaged. She didn’t really take it [schoolwork] very seriously,” says Rachelle’s mom Terrylynn McPhee. “If she had an assignment she would work on it then, when she got bored, she would quit working on it and leave it.”

McPhee says she and her husband tried to motivate Rachelle and nothing ever seemed to work. If she didn’t see the point in finishing her schoolwork it just wasn’t important to her.

Career Trek evaluations indicate that 92 per cent of participants aged 10 and 11 agree that their school subjects are important to their futures, but only 57 per cent say they understood why.

“Student engagement isn’t a new challenge,” says Ruth Stargardter, Career Trek’s Career Development Specialist. “Not understanding the why of things can lead to disengagement, and disengagement can have long-lasting consequences on how children see themselves as learners.”

Career Trek’s program model turns participants into occupational explorers. With forty minutes of hands-on learning per occupation, participants develop their fundamental skills and problem solving capabilities as they are exposed to up to 80 occupations.

“[Career Trek] was really fun because usually you don’t get to do most of the stuff in school, you just learn about it,” says Rachelle. “I am one of those learners that learns when you actually do the thing…it made me feel good. It was better than how we are taught in school.”

After attending Career Trek, Rachelle became more interested in her studies and is now completing her homework and is interested in doing well in math and science. McPhee attributes this change to Career Trek, saying, “She was able to make the connection between what she’s taking in school now and what she’s going to be doing in the future.”

According to Stargardter, making participants’ studies relevant is the key. The skills learned during hands-on activities increase competence and confidence, helping participants feel empowered. Empowered students actively engage in their learning because they better understand how it is relevant.

“I would say that her knowledge increased and her ability to talk about different things and her experiences,” says McPhee. “I think it just made her feel really empowered.”

One of the strengths of Career Trek’s programming is that it exposes participants to career development at an early age, helping them understand the relevance of their school experience and actively engaging them in exploring their future.

“Now I know what I have to do to get the job so I am like, ok, I should do it,” says Rachelle.

Helping kids understand the power of why is one of the things that keeps Career Trek programming relevant.